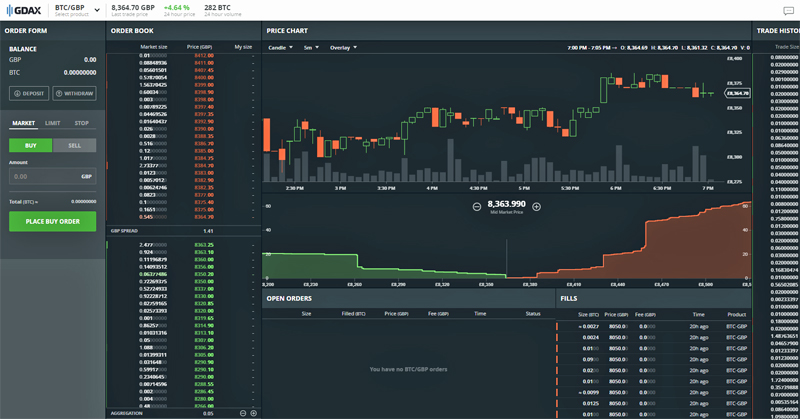 I was right about the Bitcoin Dip – and have made a tidy profit. I bought half a Bitcoin at £5500.

Of course, it should have cost me £2750 but I bought it through Coinbase with my debit card which is a pricey, though convenient, way to do it. Coinbase charged me 4%, so about £110, making the total £2850.

Bitcoin was been rising in value since as I predicted, though in its usual erratic way. I had intended to take my money out when it passed £8000 and, as I watched it last night, it did just that.

I was hesitant to sell it directly through Coinbase again because of its fees. However, I had come across some advice about selling through Coinbase’s exchange, GDAX, instead at lower fees. Here’s an example video from the excellent Coin Mastery:

I followed the advice and it worked like a charm.

This is the process if you want to save a stack on Coinbase fees:

So I have proved to my own satisfaction you can sell BTC, i.e. convert it to pounds sterling, for no charge this way – and at a price slightly higher than the current market rate

Note that selling Bitcoin is called a ‘Maker’ transaction since you are putting Bitcoin into the market. Note that moving in the opposite direction has a ‘Taker’ fee of 0.25%, still not a bad deal.