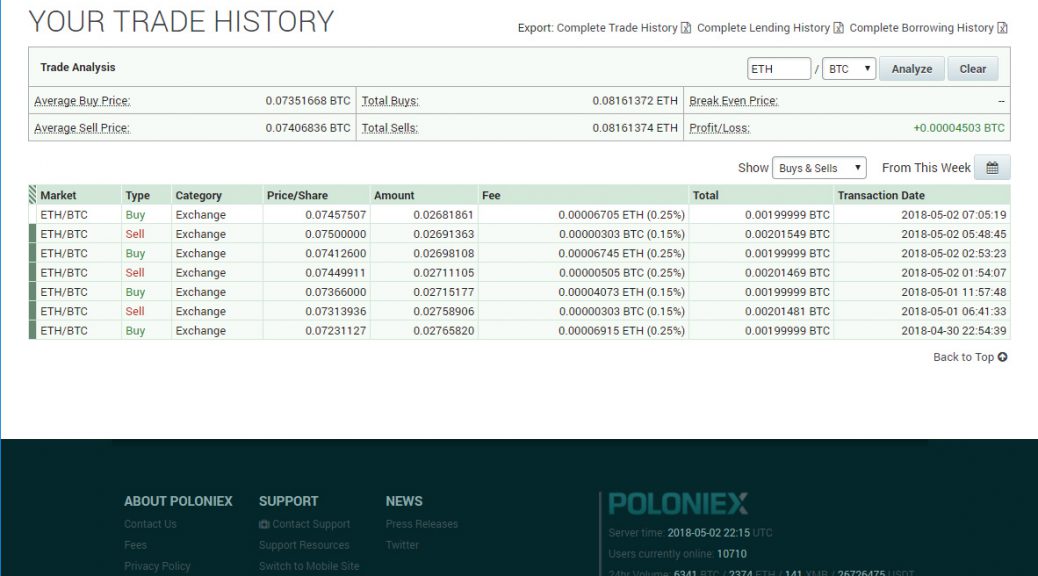 After my previous post, creating my first Gunbot Setup in this version of Gunbot using the Bollinger Band strategy, I had a change of heart. I decided to try the Emotionless strategy instead, something I don’t remember being an option in my previously installed versions.

Emotionless is described on the Wiki as follows:

“The Emotionless strategy is fully tuned and ready to use, even for novice traders! It’s meant to be a relatively safe strategy, with modest but steady gains.

“With this strategy, you don’t need to think about setting the right or best parameters: it’s all there already. You only need to set the basics like your trading limit and choose on which pairs you want to trade. Optionally, you can increase GAIN slightly.

“Behind the scenes, an advanced algorithm based on the Ichimoku cloud indicator does the hard work. The specifics will not be disclosed.”

Given I haven’t used Gunbot seriously in many months this seemed like a good bet. I cancelled the run and restarted it with the strategy set to Emotionless. I kept all other settings the same.

I then went to bed, and didn’t check the results until the next morning. Success! Gunbot had bought some Ether and sold it again at a higher price during the night.

Of course, once you have gained confidence that the bot is working then you naturally increase the stake. If it were set to 1 Bitcoin, for example, then each trade would make a profit of about £50 and you could get multiple trades in one day. 10 BTC would make you £500 per trade, and so on.

In this case I left the bot running unchanged and it has now made 3 complete trades (for a total profit of 2.25%). In any other field such a gain in 2 days would be unprecedented.

Here’s the record of transactions so far:

Note that the bot has since gone on to buy again, but has not yet sold. It will be interesting to see if it sells successfully or if the market drops and it’s left holding Ether it can’t sell – I’ll report back once the outcome is clear.