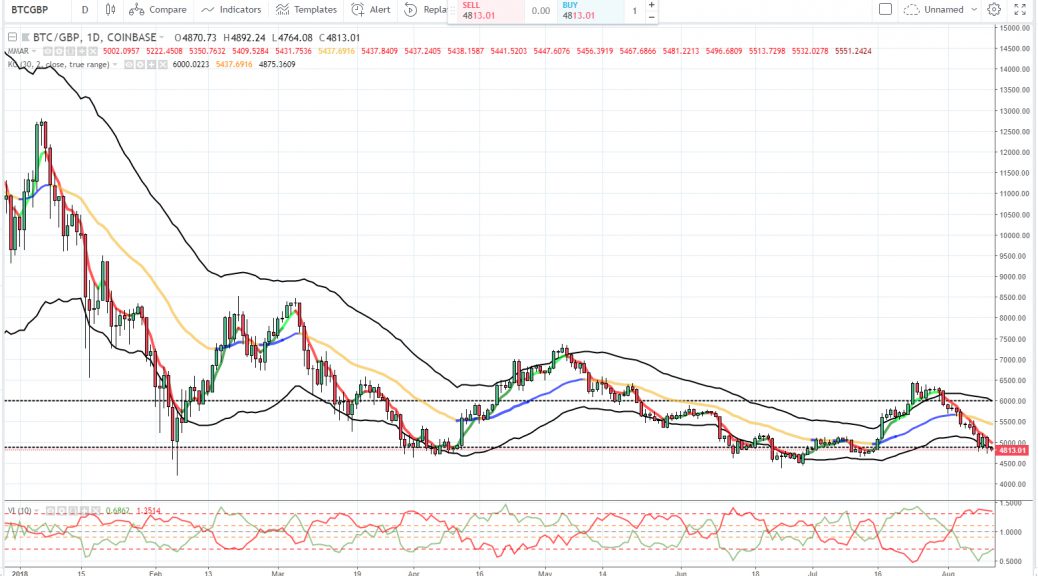 Bitcoin is in the midst of a “historically significant correction.” What comes next?

Bitcoin’s latest price slump has got investors sweating. Do they have reason to worry? Not if you’re a long-time HODLer looking at the bigger picture, argues blockchain analysis company Glassnode in a report today.

The weekend dip—with Bitcoin trading down 26.1% over the course of the week—is the deepest correction the current Bitcoin bull run has experienced, says Glassnode.

Corrections, though, are common in the world of investments, and Bitcoin is no different. Whenever a market runs too hot, you can expect it to cool down until an equilibrium between buyers and sellers is met again.

But with Bitcoin now trading at 28% below the $63.6k all-time high set on April 13, could we be entering another bear market? Not necessarily, according to Glassnode data, which notes that Bitcoin has experienced comparable pullbacks in the not-so-distant past.

“This is the deepest correction of the current bull market, however is consistent with five major pullbacks during the 2017 bull,” researchers for the analytics firm argued in its The Week On-chain newsletter.

The current correction, according to the firm, is chiefly down to new investors panic-selling their coins due to billionaire investor Elon Musk’s controversial weekend comments.

Musk, who in February bought $1.5 billion-worth of Bitcoin on behalf of his car company, Tesla, said last week that his firm would stop accepting Bitcoin, causing the price to drop. And on Sunday, he made cryptic comments that he might cash-out the Bitcoin investment, though he later clarified that Tesla doesn’t plan to sell the Bitcoin on its balance sheet.

“Unfortunately, this has led to widespread confusion in markets, although for many Bitcoin HODLers, this is just another day in the office,” Glassnode noted in its report.

“On-chain we can observe a notable bifurcation of reactions, with newer market entrants panic selling and realising losses, whilst long-term HODLers appear relatively un-phased by the news,” the report added.

Glassnode’s data found that the number of Bitcoin addresses holding a non-zero balance dipped 2.8% in the past week from the all-time high of 38.7 million—which is evidence of panic-selling.

Though this sell-off is in line with what happened in 2017. “If we observe the cyclical pattern of total supply held by short term holders, we can also see that a pattern of panic selling is playing out, similar to that observed at the 2017 macro peak,” the report stated.

Glassnode said in the report that the Bitcoin market usually finds a “macro peak” when new holders own a large proportion of the total supply. Now, that peak needs to come down, hence the correction.

One analyst also told Decrypt that though the pullback is a harsh one, it makes sense.

“I would say it’s a bit unexpected, this is the deepest pullback we’ve seen ever since the Bitcoin halving,” Jeremy Ong, who works in business operations at the crypto research firm, Delphi Digital, said, referring to the cryptocurrency’s once-in-four-years event that reduces mining rewards in order to keep inflation in check.

“But the bull market structure remains intact—historically, in bull markets, Bitcoin goes through 30-35% drawdowns,” he said, adding that “weak and newer investors tend to panic sell.”