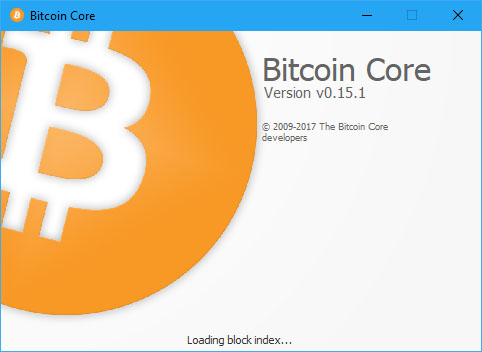 For most casual Bitcoin owners I would recommend the Electrum Wallet to hold their Bitcoin. However, many other wallets exist and here we’ll look at the Bitcoin Core one.

Bitcoin Core, as its name suggests, is maintained by the same team as the core Bitcoin software so you know it’s trustworthy. According to their website:

In addition to improving Bitcoin’s decentralization, Bitcoin Core users get better security for their bitcoins, privacy features not available in other wallets, a choice of user interfaces and several other powerful features.

For advanced users these additional features can be useful – for example I used Bitcoin Core to access the private keys for a Bitcoin address in Segwit format, something I couldn’t do with Electrum

There is a big obstacle to using the Bitcoin Core wallet, though, that one needs to be aware of: it requires downloading the entire Bitcoin blockchain to your computer. This can take a long time (for me, about 4 days) and use a lot of storage (a couple of hundred Gb).

First download the Bitcoin Core installer from the Bitcoin.org website, choosing the appopriate one for your system – Windows 64 bit for most people. Run the installer:

You will get the usual options for install folder, menu folder, etc. Once installed, run the Bitcoin Core program. It will start by saying it’s loading the block index:

Then it will begin verifying blocks. Each of these operations can take some minutes to complete. It will then begin the synching of blocks:

Very roughly you might find this takes about a day per year that you are behind since the creation of Bitcoin (so of course it’s a long time the first time, but much faster the next time you open it). If you need to you can close Bitcoin Core while it’s working and it will restart when you open it again – though of course that will extend the time it takes to synch.

Note that you can toggle the synch status display by pressing the right-most icon in the bottom status bar.

Eventually it will complete and you will be at the Overview screen, and the synch status button will be a tick:

The wallet is now up and running and you can send and receive Bitcoin through it in much the same way as with the Electrum wallet previously described. Additional features will be covered in later posts.