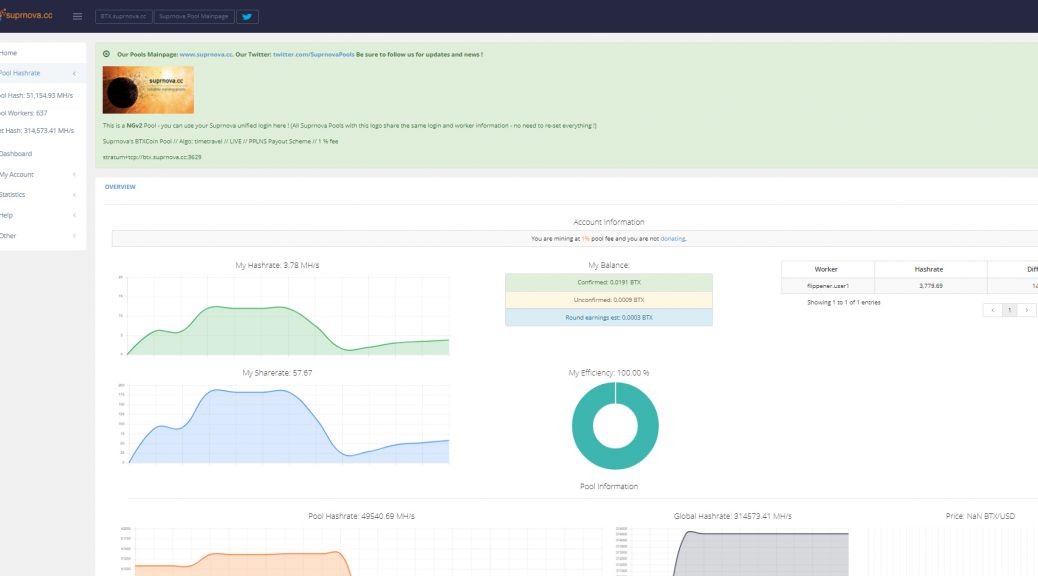 The graphics card in my home PC died recently, probably related to me leaving the PC overnight which I don’t usually do (I guess it overheated). I woke to find that Windows had seen an error on it and uninstalled the driver, running it as a basic VGA card. I couldn’t fix it.

Anyway, I took the opportunity to buy a new mid-range graphics card, an Nvidia GTX 1050, to do some more experimenting with crypto mining. I didn’t want to go for a high-end (i.e. expensive) card since I have no plans to leave my PC running most of the time, or even to be mining while I was working at the PC, so a high-end card would likely never make its cost back.

A mid-range card, though, seemed like a good compromise – I needed a new card anyway, I could do some crypto experimenting, and I would get a benefit whenever I played 3D games. I settled on an EVGA card from Scan Computers as it was the cheapest version of the 1050 available – just £120 for a pretty powerful card.

As an initial experiment I have rerun the test I did back last November using the GPU to mine for Bitcore. The procedure was much as described before (particularly following the embedded video) but with a couple of changes. Firstly, the mining app is no longer available on the Bitcore website so I downloaded it directly from the CCMiner code site. Secondly the batch file format has changed – however the download included a new Bitcore batch file so I used that, edited to include my Suprnova details as per the original post.

Running CCMiner for two hours produced 0.0018 BTX, according to my Suprnova dashboard, worth currently about 4p (the equivalent of about 50p per day). The PC was using about 150W with the card running and 85W without, so the card was drawing 65W – or 0.13kWh for the two hours. At my evening rate of 14p/kWh that means the mining cost me about 2p.

So – unlike last time – mining with this card is actually profitable, though only at the rate of about 1p per hour. What was more impressive, however, was how it did it.

Firstly, the energy use by the card was much less than the old card even though it was much more powerful, and it was very quiet. Secondly, it appeared to be truly mining ‘in the background’ with no apparent slowness caused to the PC while using it for other things. So it could make a profit, with little downside to having it running in the background virtually all the time. Taken together, it would seem that there’s plenty of scope to overclock the card to improve the performance.

Nonetheless, the bottom line is that this approach is not going to make a great deal of money, so I’m moving on to try other mining methods.