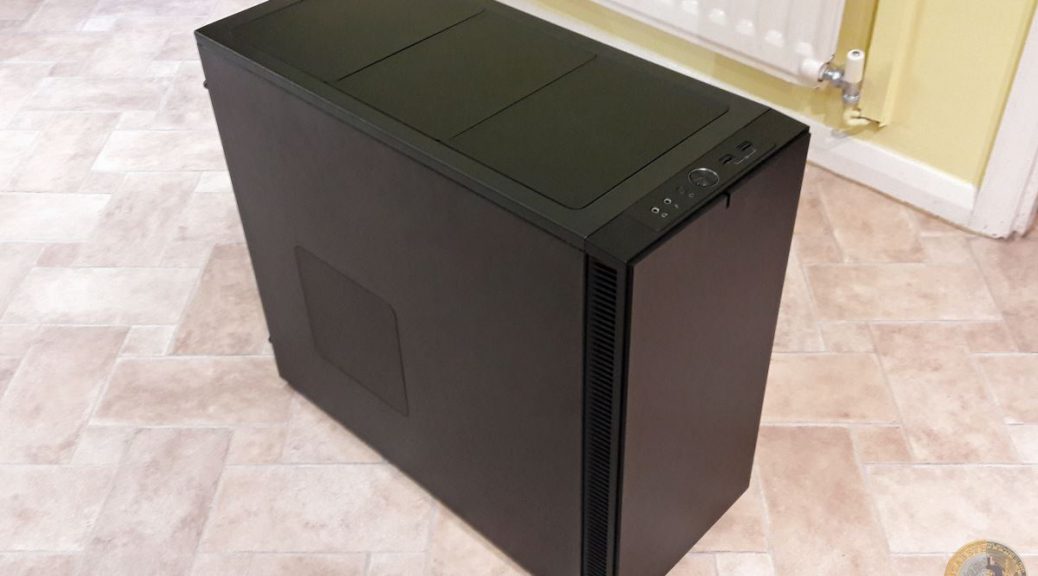 After my initial experiments into mining for cryptocurrency with my own PC’s GPU and CPU, and even before acquiring my improved GPU, it was clear that good mining results were only possible with specialised and up-to-date hardware. Therefore about Christmas I ordered a new PC with a view to designing it for use in cryptocurrency mining.

We needed a new family PC for occasional use anyway (for children’s homework, etc.) as our previous one was old and had slowed down to the point it was almost useless. At the same time I knew it would be idle most of the time, when it could be used as a dedicated mining machine.

I took some time investigating the options before deciding on the specification I wanted. Although all our previous PCs had come from Dell, this time I ordered through Scan PC to get exactly what I wanted at an acceptable price:

In discussions with Scan I changed the spec a couple of times after ordering (e.g. increasing the memory) and was pretty happy with their service. It arrived in January and so far has shown itself to be a very powerful machine. It cost an eye-watering £2500, but then the two graphics cards alone were about £650 each.

I’ll blog about how I got on with it, including its mining capability, in the next few posts.